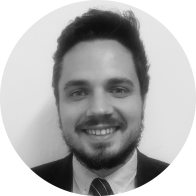 Rob Geist Pinfold is a Post-Doctoral Researcher in the Division of International Relations at the University of Haifa and a Research Fellow in the Department of War Studies, King’s College London, where he is affiliated to the Centre for Grand Strategy. Additionally, he is a Teaching Fellow at the Department of Defence Studies, King’s College London, where he teaches on the department’s online MA course in International Affairs.


Previously, Rob has taught at BA and MA levels, as well as in the military education sector, at the Department of War Studies and the Department of Defence Studies at King’s College London. He also held research fellowships at the Institute for National Security Studies – a leading Israeli think tank – as well as at the University of Haifa.


Rob holds a PhD in War Studies from King’s College London. His research intersects the study of strategy and territorial conflict, with a focus on the Middle East. His publications include articles in Studies in Conflict and Terrorism, The Journal of Strategic Studies and Mediterranean Politics. He also jointly edited a book, Understanding Israel: Political, Societal and Security Challenges, which was published by Routledge in 2019.


2010 BA in Politics and Modern History, the University of Manchester, UK